Price: $100 for libraries and colleges

True Drama struggles to captures the essence of drama by going on a pedagogical journey to the origins of drama. The plot contrasts how violence is used in Greek Drama with modern cinema. Strange Bacchic disturbances at a horror movie set, prompt a police investigation. A shadowy figure emerges. Calling himself the God of Drama, he believes that he can achieve the seemingly impossible goal of returning drama to its original purpose – of preparing citizens for leadership in a democracy. As the horror movie spirals out of control, and the Bacchae are consumed in violence, can the police discern the truth before a gruesome Greek Tragedy unfolds? 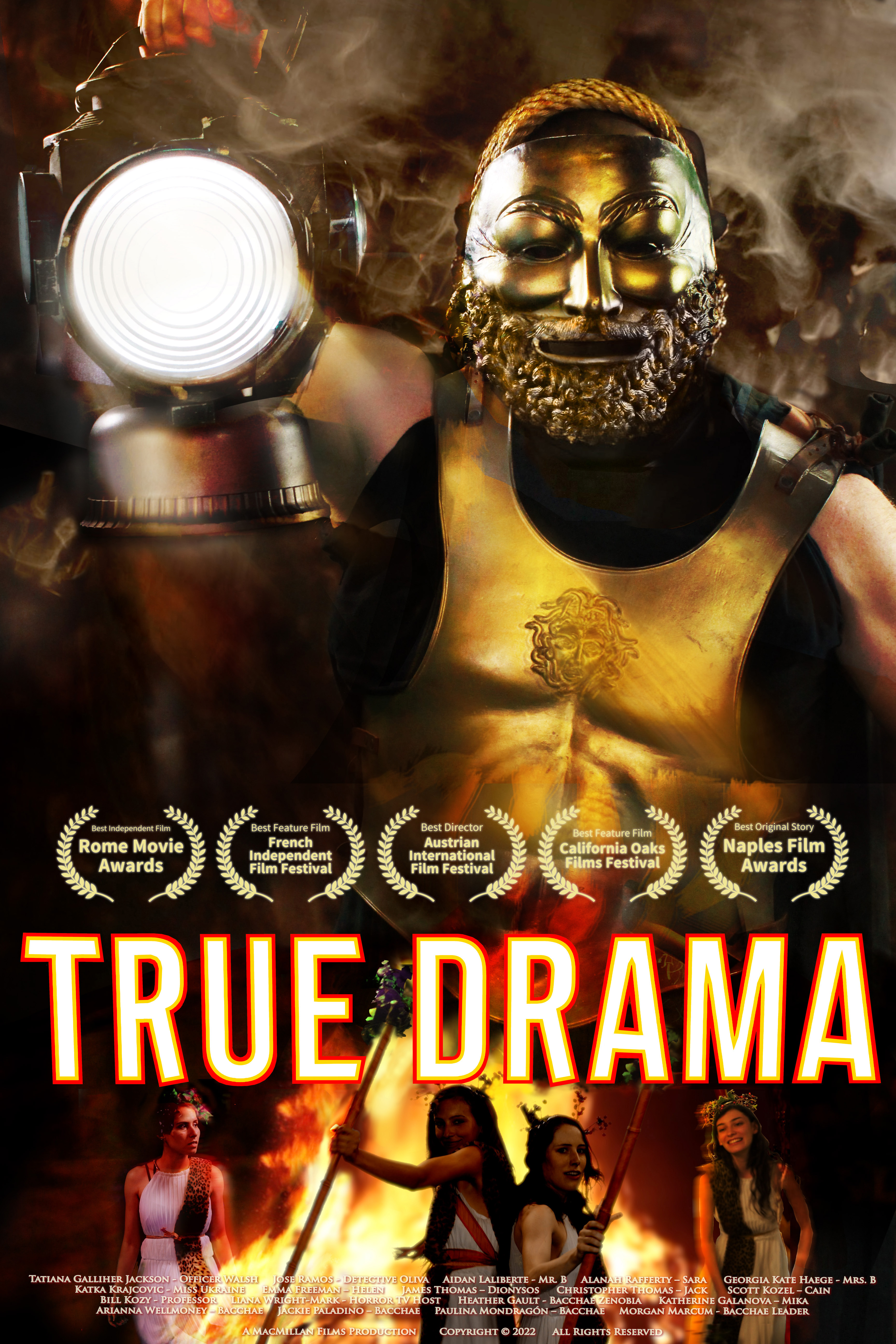 Winner of more than 20 film festival laurels, True Drama is celebrated for reminding us of the instructive roots of drama – and how violence in drama can be used to shock citizens out of partisan blindness or to encourage nihilistic slaughter. The Festival Director of the Washington DC Film Festival said of True Drama, “We’re proud to bring attention to a film that could reduce the cycle of mass killings in America.”

For individuals you can Stream now in HD 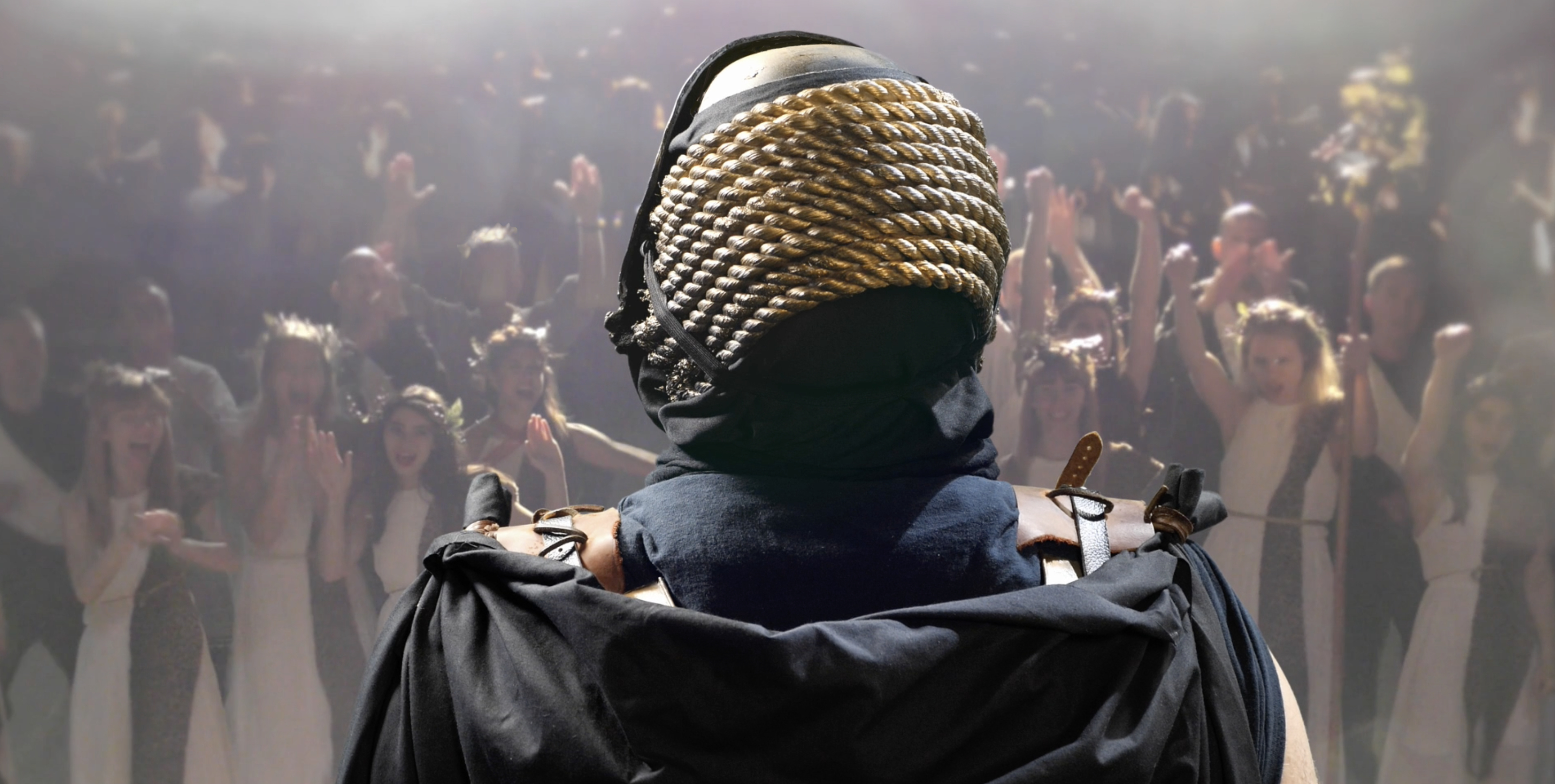